“We are in mourning,” read the signs that hundreds of women are holding tightly in hand as they walk silently from Plaza Italia to La Moneda in Santiago, Chile. On the Day of the Dead, Nov. 1, a slow march crossed the city through the Alameda, the main street of the capital and the scene of violent encounters in recent weeks.

The protesters, all dressed in black, marched in absolute silence, raising their hands, clutching white flowers between his fingers and waving Chilean flags with the colors removed. The peaceful protest, organized spontaneously through online platforms, blocked traffic in the center for more than two hours and ended in front of the presidential palace. 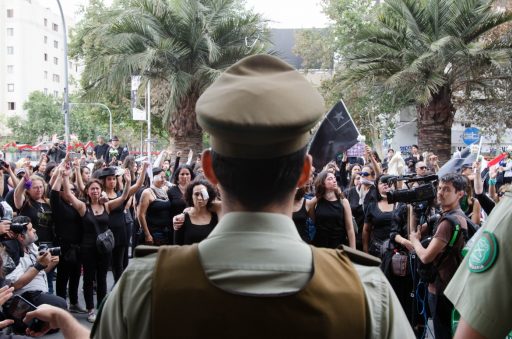 It ended with the whole street singing El derecho de vivir en paz (“The Right to Live in Peace”), one of the songs chosen as a symbol of the protests against the government of Sebastian Piñera, written by Victor Jara, the Chilean folk singer tortured and murdered by the military in 1974.

“My generation has lived through the dictatorship of Augusto Pinochet,” says Roxana Campos Araya, an artist and actress. She has organized a temazcal, an indigenous ritual for the land. She is wearing a long skirt and holding a bouquet of flowers. “Today, I see so many women who are demonstrating and have no fear. I think it’s also a time of rebirth,” she adds while lighting incense that “serves to cleanse and liberate new energies.” 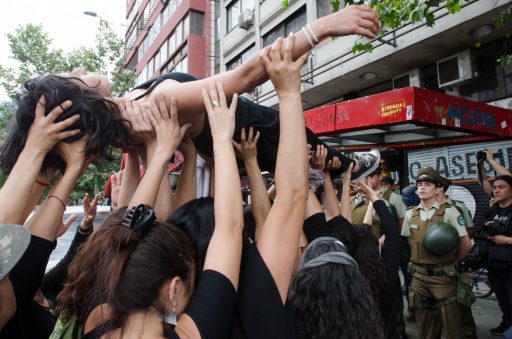 The Mujeres de Luto march, as the demonstrators have called it, was organized to denounce the rights violations committed by the security forces, especially under the current state of emergency. It was an event in which a collective subject occupied the public space and spoke out using creativity as a form of protest.

It was a political manifestation based on an idea which is turning into a widespread popular desire, arising through the popular assemblies, the cabildos, which are being organized throughout Santiago almost every day, from the universities to the popular barrios, calling for “truth and justice,” as was written on a sign held by one of the women who participated in Araya’s ritual. 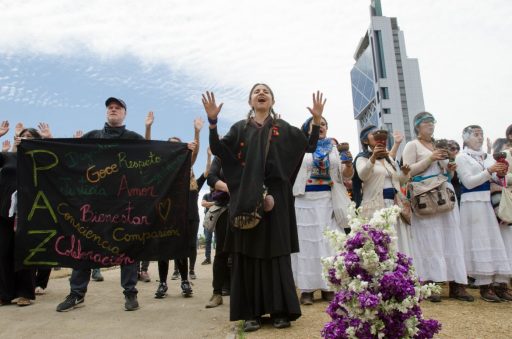 “We march as if we had lost a family member. We’re doing this to remember the 20 people who have died since the Chileans again went to the streets,” says Laura, 39, who lives and works in the capital. She is completely dressed in black and holding a white handkerchief tied to her wrist.

“They keep killing us, even though we’re living in a democracy,” she says as she passes close to the church of San Francesco. Its front is covered with photos of the young people who have disappeared since the beginning of the demonstrations. There is the image of Joshua Osorio, a boy who was barely 17 and who lived in the neighborhood of Villa Miraflore de Renca. He disappeared on Oct. 21, and might be one of the charred bodies found in a looted supermarket. They cannot be identified because autopsies were never performed. 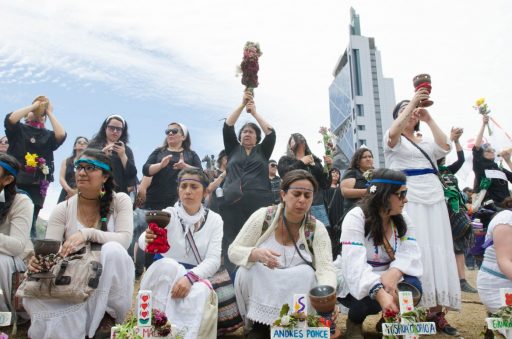 Since the protests began, 4,271 people have been detained throughout the country, according to the official data from the National Institute of Human Rights (INDH), a Chilean independent body. This includes at least 656 women and 471 teenagers. Another 1,305 have been injured and hospitalized, including 38 demonstrators who have been hit by iron balines (metal pellets) and 27 who have been hit by rubber bullets. However, according to the civil organizations, the real numbers are higher. “Many have lost an eye because the milicos fire directly at the faces of those who are marching peacefully,” Laura said.

The civil organizations are denouncing torture, disappearances and rapes, for which 18 complaints have been filed. The INDH itself brought a case of torture involving sexual violence to the attention of the UN, perpetrated by the military against a young man who was stopped near the La Moneda Palace and locked up for hours in a riot police van, beaten and tortured. “And this is not the only case. There are women who have been raped by security forces. It’s not possible that the government can just not do anything about it,” Laura says. 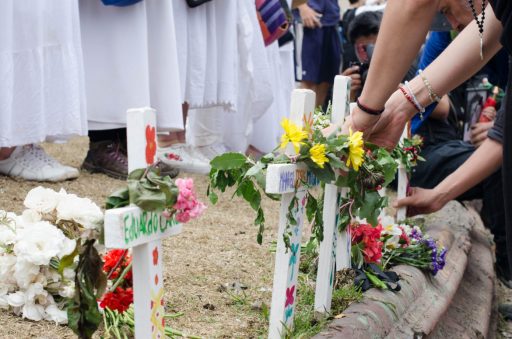 Piñera has changed eight ministers from his cabinet. It was an attempt to try to curb the ever-expanding demonstrations, which have now arrived in Valparaiso and other cities. The change was announced on Oct. 26, and the president justified it by saying that if Chile had changed, then the new government must also be able to face the new challenges.

“Yes, Piñera has a new government, but this was just window dressing. The Minister of Education, one of the most important ministries, is still the same. And we are asking for a public education which would be at a level that would guarantee everyone the same opportunities. We are asking for a minimum salary, an adequate retirement income,” Laura says. 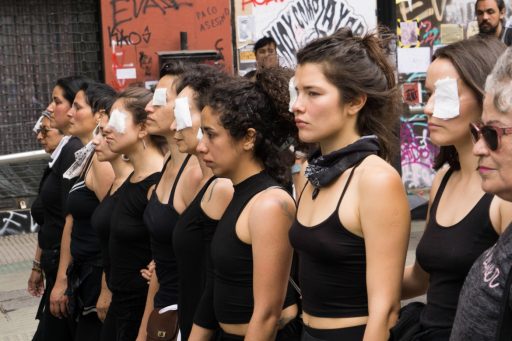 “My generation would have never thought that they would experience such a moment,” she adds. “I have to thank the young people who started everything. It was like a spark that ignited a whole field—that brought a new awareness.”

“I don’t know what’s going to happen. This is the question we are all asking ourselves. But we are certainly not back to normal, as some are claiming,” she explains, speaking of a capital that is still militarized, with army trucks patrolling the streets and military checkpoints on street corners in the central districts. “We demand that a constitutional assembly be organized. The Constitution is still the one passed by Pinochet, and it must be changed. This is why we continue to occupy the streets with our bodies.” 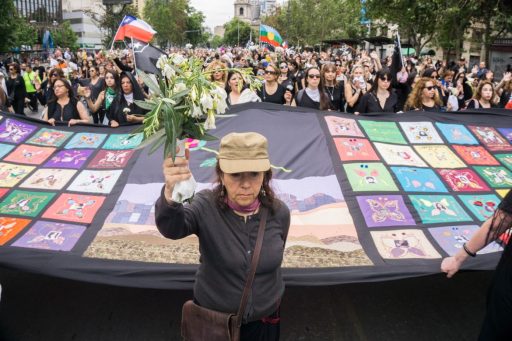