Wednesday afternoon, Sea-Watch 3 reported that its stocks of formula and diapers were running out. There are 440 people on board, including 42 under 12 with their parents and 167 unaccompanied minors. On December 24, the port was requested for the first time — Wednesday for the seventh.

Instead of indicating where to land, however, the Italian authorities sent a supply of powdered milk and diapers.

“There are babies suffering from exposure to the elements. Young mothers with fuel burns. Men coughing on the unstable boats they were traveling on,” says the ship’s doctor, Martin McTigue. The ship entered Italian territorial waters in the early hours of last Monday. For two days they have been sailing up and down the coast of eastern Sicily.

Around 5:30 p.m. on Tuesday, however, Doctors Without Borders’ ship Geo Barents entered the port of Augusta with 558 migrants. Wednesday morning no one had landed yet and the Covid test swabs had only been taken from minors. During the day, the other survivors were also given Covid tests: as in all the last major landings from NGO ships, there were no positive results. 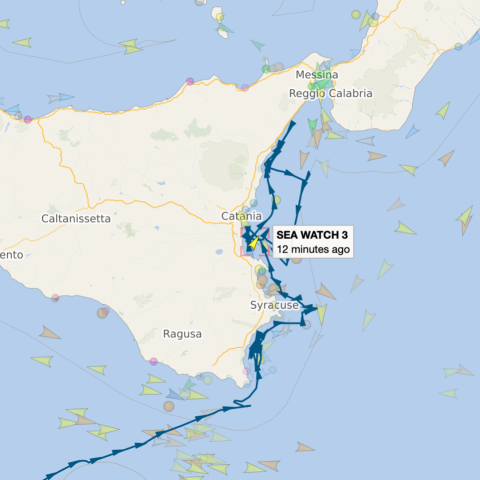 Two hundred fifty-four people spent yet another night on board. As of Thursday (December 30) they should be let off. Disembarkation procedures take place very quickly in Pozzallo or Palermo, while in Augusta they suffer continuous problems and delays.

Also Wednesday, in his post-Christmas audience, Pope Bergoglio recalled the tragedy of the people forced to flee their land.

“The family of Nazareth suffered such humiliation and experienced first-hand the precariousness, fear and pain of having to leave their homeland. Today,” said the pontiff, “so many of our brothers and sisters are still forced to experience the same injustice and suffering. The cause is almost always the arrogance and violence of the powerful.”